We get it, building your own PC can quickly become a grind and you might need next business day support if you’re running a business. We have reviewed the best pre built gaming PC’s for 2020 and found the Alienware Aurora R8 to be the sweet spot in terms of price vs performance.

The latest 9th gen Intel processor and a graphics card refresh to the latest RTX series, the Alienware Aurora R8 is our choice for the best pre built gaming PC in 2020.

Renowned for its powerful performance, the Alienware Aurora R8 tops the charts among the best gaming PCs in 2020. Apart from its aesthetic attractive look, it’s well known to be upgradable without the need for tools or much technical know-how. If you’re looking for a future-proof PC that’s able to handle VR, then the Aurora R8 will definitely suit you.

Being one of the most attractive desktops one can buy, Alienware’s Aurora R8 boasts of sleek gray panels and three-way LED lights that have become a common norm of just about every Alienware machine. The design also features vented middle panels and ergonomic handles for ease of lifting.

Weighing 30 pounds and measuring 23 x 19 x 15-inch, the Aurora R8 is pretty hefty but its carry-handle up top makes it convenient and easy to lug the computer around.

With the PC’s Alienware Command Center app, one is able to customize the desktop’s left panel, right panel and front-facing power button to glow a myriad of different colors, either by picking your own colors for each zone or from one of the several available presets.

With a new addition of a USB-C 3.0 port right up front in the new Aurora’s port layout, it makes it easy to quickly charge up or connect any of your USB-C gadgets. In addition, there’s alos 3 x USB 3.0 ports (2 allow charging) and headphone and mic jacks in the front.

The back of the Aurora is loaded with more USB connections, including 5 x USB 3.0 ports (2 with powered charging), 1 x USB 3.1 ports (10 Gbps), and an additional USB-C port. There’s also a full suite of audio ports, an S/PDIF jack for optical audio gadgets and an Ethernet port. The system’s Nvidia RTX 2070 graphics card sports its usual HDMI port and trio of DisplayPort connections, giving you plenty of options for connecting your monitors.

As with previous iterations, Aurora’s key feature is upgradability. The desktop’s side panel pops off with a quick pull of a lever, and once you’re inside, you can slide out the power supply and remove the graphics card, storage drives and RAM, all without using a single tool.

Sporting a Nvidia RTX 2070 graphics card alongside Intel’s new 9th-Gen Core i7-9700K processor, Aurora R8 handles every game you throw at it with confidence, noticing every little detail when playing with all settings turned up.

In addition, thanks to its 9th-Gen Core i7-9700K and 16GB of RAM, the Aurora proves to be as beastly at everyday multitasking as in games. The system never slows down when several activities are piled. 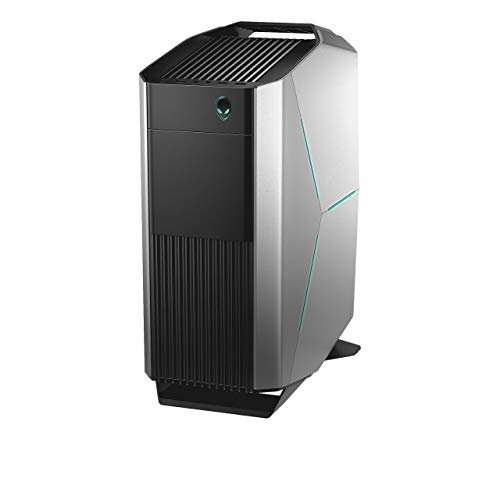 Rocking an i9 and a RTX 2080 the MSI Trident X Plus picks up our award for the best value pre built gaming PC on the market in 2019.

Most modern PC’s are either built to immerse you in virtual reality or are fighting for a spot in your entertainment center, the MSI Trident 3 is a wonderful combination of both. The Trident’s custom Nvidia GTX 1060 graphics card and convenient port layout make enjoying virtual reality in your living room easy. Although limited configurations and a lack of easy upgradability hamper this machine, the MSI Trident is the best attempt at luring console fans into the world of PC gaming. It is currently priced at $1,599.

The MSI Trident 3 has sleek angles and a mix of glossy and matte black plastic. In addition, it’s glowing LED lights and exposed GPU fan is what clearly identify this machine as a beast of its own.

Weighing 7 pounds and measuring 13.6 x 3.8 x 2.8 inches, the Trident should be compatible with your entertainment center and just light enough to carry in a backpack. Moreover, for those who prefer propping the PC up vertically, there’s an included stand.

On the Trident’s left edge is an eye-catching mystic light LED strip that spills over the desktop’s left edge. With this strip highly customizable, you can have it glow a single color statically, run through all the colors of the rainbow or pulsate in and out or even have the strip glow dynamically based on the audio emanating from the PC.

With the most essential ports placed front and center, the Trident is definitely perfectly suited for living rooms as a gaming PC. It comes with easy plug and plays access to two USB 3.0 ports, a USB-C port, headphone jacks, and even a front-facing HDMI port made specifically for connecting a VR headset.

At the rear end, you’ll find four USB 2.0 ports, a USB 3.0 port, an ethernet jack, line in/out connections, a microphone jack and another VR-optimized HDMI port should you prefer to connect your headset to the rear end of the PC.

The Trident’s Nvidia GTX 1060 GPU sports HDMI, DisplayPort and DVI ports, giving you a few options for connecting to your monitor.

With no easy upgradability, the Trident’s pleasantly small size and user-friendliness definitely come with a cost. However, you can open the PC’s case to replace components such as the RAM, storage and CPU.

Despite its tiny size, the Trident can play most modern games at high settings, and it’s one of the smallest VR-ready desktops out there thanks to its Nvidia GTX 1060 graphics card. The GPU has a custom design built specifically for the Trident’s small frame, which stays whisper quiet in games.

Packing an Intel Core i7-6700K with 8GB of RAM, the Trident proved to be just as valuable a productivity workhorse as it was a small system. The PC never falters while multitasking. 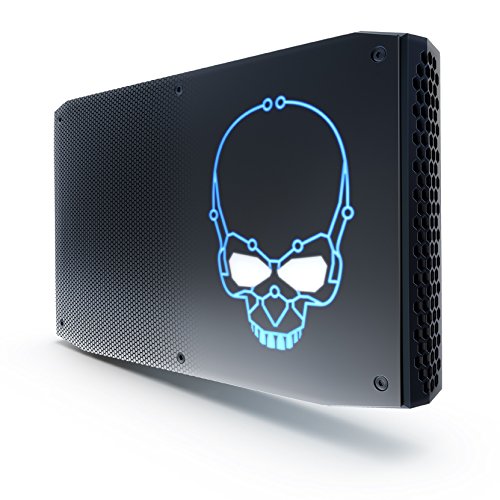 Being the smallest VR-capable PC that marries together an Intel quad-core processor with integrated, ‘discrete-class’ AMD Radeon RX Vega graphics into a single chip, this PC easily smashes through full HD games with most modern titles and performs like a productivity that was meant to be.

With Intel’s NUC (Next Unit of Computing) hardware platform always on the move showcasing some of the chipmakers most interesting silicon concepts, 2018’s Hades Canyon NUC represents a partnership that no one ever expected, a partnership between Intel and AMD.

Being the smallest VR-capable PC that marries together an Intel quad-core processor with integrated, ‘discrete-class’ AMD Radeon RX Vega graphics into a single chip, this PC easily smashes through full HD games with most modern titles and performs like a productivity that was meant to be.

The Intel Hades Canyon NUC earns top marks for packing so much performance into a small package despite all the caveats that come along with it. The starting price is at $999.

In terms of design, the Hades Canyon NUC is a neat-and-tidy evolution on the previous Skull Canyon NUC. The biggest change here is that the Hades opts for a cleaner, slightly-translucent top cover with a backlight illumination sketching out the NUC’s trademark skull iconography.

Intel’s design has also seen some improvements. The old interchangeable plastic panels have been replaced by a much slicker light-up skull fashioned after the silicon that resides within. The lighting on this part of the case and all the little hard drive and power indicators are fully customizable – or you could just turn them all off for a stealthy unit.

The Radeon RX Vega graphics are every bit impressive as you can play all your favorite games at a steady 60 frames per second (fps) with high-quality graphical settings and a 1080p resolution.

For this price the CyberPower Gamer Xtreme is an awesome machine, save your time building a new gaming rig and pick up this machine from CyberPower!

The HP Omen Obelisk has a Nvidia GeForce RTX 2080 slotted in alongside a i7 8700, making this machine a great choice for gamers with a reasonable budget.

What Would we Buy?

I’d grab the Alienware Aurora R7 personally with 3 years next business day support! But I am not a risk taker and also use my PC for work…If you need a small form factor machine I would pick up the MSI Trident X Plus or if your budget is smaller, the Intel Hades Canyon NUC. If you’re looking for a budget full size machine and only play at 1080p (1920×1024) I would recommend the CyberPower GamerXtreme.